Skip to content
Phone Email
Login
← Back to login 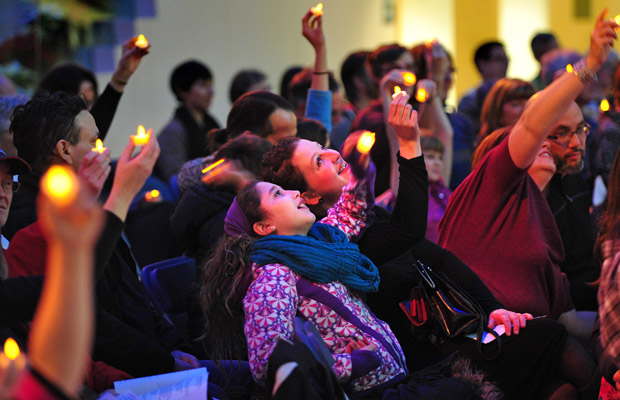 Celebrating the return of the sun to the northern hemisphere is a long and cherished tradition at Westwood. It is an evening filled with the magic of music, story and community.

Over the years the venue and format  have changed to accommodate numbers and needs.

Details about this year’s celebration will be posted as available.

The Druids, Celtic priests, thought the sun stood still at winter solstice and lit a fiery log to conquer darkness and bring good fortune in the coming year. They also cut and blessed mistletoe from the sacred oak tree as a symbol of life in the midst of winter.

In Northern Europe, the Norse told stories and drank ale around roaring bonfires at Winter Solstice. They imagined the sun as a “houl” or wheel that changed with each season. The Nordic aboriginal Saami people continue to celebrate their sun-goddess of fertility and sanity at this time of year.

Incan solstice rites of “tying of the sun” are still celebrated in Peru.

Judaism’s “Festival or Feast of Lights” called Hanukkah including the ritual lighting of the menorah candles and was timed to coincide with the original Pagan solstice ceremonies of light.

Celebrations at winter solstice are part of some North American Native traditions including the Hopi and Pueblo Indians.

In the Japanese Requiem for the Dead festivities, the sun goddess is tricked into emerging from her cave.

The Extreme of Winter Festival celebrated by Chinese and other East Asians is connected with the Buddhist and other eastern religions. For Taoists, it is a sign of “returning” and a time for family to get together.

Ancient Greeks celebrated Lenaea or Festival of the Wild Women at this time of year when the figure of Dionysius was ritualistically torn apart and then reappeared as a baby.

Ancient Roman Saturnalia rites included the lighting of candles, gift-giving, and decorating houses with greenery. And they marked this moment of change in a ritualized upside-down world where men dressed as women and servants as masters.

There are many worldwide traditions which involve celebrating the Winter Solstice and “Sharing the Light”.